There was an article this week from a Japanese market analyst who argued that competition in the camera industry is leading to the decline of the camera industry.  He cited the announcement of Olympus recently who have shut down/sold off their consumer camera business.

I have only one reaction to the story.  Duh!

Free market capitalism has been the mainstay of many economies and has been at play in many industries for decades, including consumer electronics.  Specifically in the camera industry, companies have cultivated the consumer market, still supporting the professional needs of photographers and cinematographers, but needing to broaden their offerings in order to stay commercially viable.

Free market capitalism is built upon more and more competition, more and more offerings, more and more anticipation of the next big thing.  Again, electronics is no different.  But the pace of change has accelerated substantially as more and more innovations appear.  Every industry has had to figure out how to be profitable with shorter product lifecycles and the need for more investment in research.

But the electronics industry is not just a victim of change.  Electronics industries have done it to themselves, putting out more and more hype that more megapixels, more FPS (frames per second), more “K’s” in video, more automation are what people “need”.  Just because technology gave them the means to build it, they decided they should.  Both Canon and Nikon fell victim to industry hype, because they could not deliver on a dime when mirrorless came along.  Both only recently released their offerings, and some pundits say it is too late for them to recover.  Nikon is certainly in trouble; Canon had deeper pockets and it remains to be seen if their new flagships will save them.

All that said, the real issue impacting the camera industry is actually something completely different.  It has nothing to do with competition within the camera industry.  It’s the evolution of the smart phone.  The article notes that 121 million camera units shipped in 2010, declining to just 15 million in 2019.  How many ads have you seen about the portability and convenience of smart phones, eliminating the need for a separate camera for family memories, being able to carry one device for all your needs?  Social media has accelerated the transition too, since the best way to get your memories out to friends and family is through your phone.  There is a growing number of artists now who shoot exclusively with their phones.

Why has this happened?  Convenience is only part of the story.  Phones would not have taken hold without it.  Equally important is a change in social values.  When I bought my first camera, everything was manual.  I had to learn about focus, depth of field, shutter speeds, aperture, ISO.  Buying a camera meant investing in learning how to use it.  Today, for both cameras and smartphones, but especially the latter, consumers can take properly exposed and entertaining pictures without understanding anything about optics, light or composition.  In fact, the latest hype is all about AI – artificial intelligence – whose goal, in my humble opinion, is to eliminate any need to think when taking photographs.  The device will decide to blur the background, freeze the action or sharpen the details – just press the button.  You will be amazed.  Just tonight, while writing this, I listened to the Northrups talk about turning camera training into a video game that you can play, wait for it, on your camera. 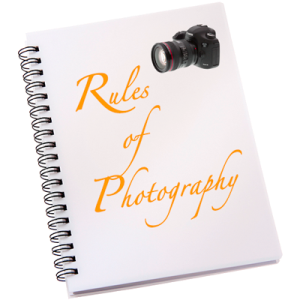 So now, the decision to actually buy a camera takes into account not only the size and utility of the camera, but the effort to learn how to use it.  Most people today are simply not interested in investing that effort.

The article argues that to respond to this, camera manufacturers have, like smartphone producers, decided to accelerate technological innovation, introducing more models more quickly and more features more quickly.  Costs go up, while production lifespans decline, making the result less and less profitable.  With lower margins and less profit, more manufacturers will go the way of Olympus.  It’s an interesting point, but not entirely valid.

It’s a calculated risk – the decision to set a goal for the wow factor and take the time needed to get it.  In Canon’s case, the lenses were ready, the bodies were not.  So they put out the lenses with a slimmed down body to build momentum.  I think it was a great decision on their part.  Lots of people complained about the body – not me though.  It was a great next step from my 5D Mk III.

At some point though, these investments are not reasonable.  The article mentions a number of options for reducing costs, including spinning off innovation arms and consolidating production arms across manufacturers.  Maybe one day, only one company will make all the cameras that these innovators want to release.  It’s the classic business dilemma – to be a full end to end production house, or concentrate only on what differentiates them – the design and engineering.

It’s possible that interchangeable lens cameras will go the way of VHS tape systems someday, but I think that is a long time coming.  It is hard to say though which manufacturers will continue to grab the market share that does exist.  The excitement over the new Canon offerings provides a clue to what level of effort is needed.  Not every manufacturer out there today has the ability to do what Canon has done – wait it out until they have a product that rocks, then release it.  That’s ok.  As long as the one or two that do have it continue to compete for my attention and dollars, I’ll be happy.

One thought on “Competition is Bad?”