April 16 2020.  No, that’s not the day of this post.  It’s the day I woke up with a sore, scratchy throat.  I was puzzled but unconcerned, since I had been in semi-self-imposed lockdown for more than three weeks.

I had ventured out for groceries, and to the drug store and pet store, and even made a stop or two at the home centre.  All within my municipality – heck, all within 10 km.  At no time did I wander – always in and out knowing exactly what I was there for.  So no chance of being exposed – or so I thought.

But over the two weeks since, I’ve lived a mild version of what many others have experienced.  It’s been the strangest illness ever, with no symptoms of some things and problematic symptoms otherwise. 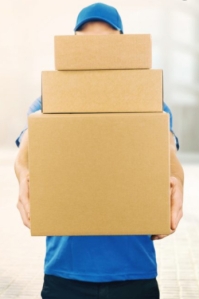 It made no sense to get sick.  I listened to all the medical advice and didn’t leave home unless I needed something essential.  I ordered online and had deliveries dropped on the porch.  One of those deliveries came from New York.  Yes I did order some photographic toys.  Now I wonder if the notion of packages being safe is actually true.  To make matters even more puzzling, the courier service held onto the package for five days, citing virus protocols.  I guess they believed any contagion would be gone after five days.  So I am stumped on where and how I was exposed.

From a scratchy throat, I got a congested chest, finding it harder and harder to take a full breath.  I never was in crisis, but sometimes it was all I could do to walk up a flight of stairs.  At rest, I had no issues.

Then the weirdest sequence of all.  I first lost much of my hearing, with fluid build up in my ears.  I couldn’t hear low tones especially.  What I could hear sounded like Niagara Falls in my head, while wearing drinking glasses over my ears.  Speaking was even worse, with the sound of my own voice reverberating in my head, like an echo chamber.

Next my sense of taste and smell went, making every breath seem like a breath of clean fresh air, rather than the stuffy air full of the aromas of living in my home.  And lastly balance and coordination were kicked to the curb, making walking those short paths around the house and backyard for exercise even more tricky.

Strangely, sinuses were never affected.  I never had sneezes, sniffles or the inability to take in air through my nose.  A dry cough occasionally, and always dry albeit somewhat laboured respiration.

Calls to the doctor and our local public health agency were reassuring but not very helpful.  If I ever felt I was in crisis, I should call 911.  Until then, rest and recover and self-isolate at home.  I could not even be tested at this time – I would only be tested if I had to come into the hospital for care.  The authorities were puzzled that I did not have a fever or any impact on my sinuses.  Maybe it’s not Covid-19 they said.  In the two weeks since talking to them, the official symptom list has been updated to include some of what I have experienced, and has even indicated that fever in people over 60 might not occur.  But hearing impacts are not listed.  I found only one article online, about a lady in Italy, who had experienced the same hearing loss as me.

I didn’t really care what it was at the time (well, maybe a little).  More importantly, I just wanted it gone.  Two weeks of full lockdown began, with no trips anywhere and no deliveries.  Didn’t really even go outside, except for two beautiful sunny days where I had to have sun on my face in the backyard.  Not really a big adjustment, since everything into June had already been cancelled.  Luckily too I had completely restocked pantry and fridge a few days before.  As I started my full isolation, I just hoped that my asymptomatic outings had not impacted anyone else.

My family was amazing, checking in twice a day and even dropping off a care package of my favourite soup one day.  They told me bad jokes and sent me pictures of their lives and my wonderful great-nephew, who will be three months old soon.  He is completely oblivious of course to all of this, but probably will be wary of all the “strangers” that suddenly show up to visit him when this is done.

The sickness left me the same way it had arrived – in a strange, illogical way.  The chest cleared nicely after a few days, but everything from the neck up was stubbornly persistent.  Improvements one day, relapse the next.  It was a pain in the ass – ok in the neck.  Getting back my sense of smell came first.  It was a sensory feast.  I had no idea how much I had missed it.  Taste strangely took longer.  Some say I have never had any taste, so maybe that’s why.  Last came hearing, stubbornly retaining the fluid build-up in my middle ears.  Right side resolved first, then left side.  When the left side cleared, the pressure release was so dramatic that I was dizzy for two hours.

The day my hearing returned, I knew I would be ok.  I didn’t have to worry anymore about taking a turn for the worse – something I have heard about far too often in relation to older victims.  I also of course didn’t understand why I had not been more affected.

I read a story about a 49 year old man in New York, healthy as a horse, running every day, hiking regularly with his family, falling ill in a couple of days and spending 32 days on life support, near death.  Doctors don’t know how or why he survived.  One day, his lungs just started to clear.

I’ve also just read another story suggesting that the virus can remain airborne for hours, in little pieces waiting for an unsuspecting victim to come along.  It’s not known though if those little pieces can be infectious.

It’s pretty obvious to me now that the most insidious aspect of this virus is how unpredictable it is.  We know it is contagious but not exactly how, we know that older generations can’t fight it off as well, but on an individual level, we just don’t know how each of us will react.  I am not the healthiest specimen of my generation.  I don’t hike regularly or even walk a lot.  I grew up in a house of smokers, so I’m constantly wondering when that will come back to haunt me.  This time it didn’t.  There but for…

One thought on “There But For…”