Not quite what you expected?  In the northern hemisphere, Fall is typically about shutting down, about returning to routines that don’t include time at a vacation home or sunlit walks in shorts and a floppy hat.  We begin to cocoon, bringing in our lives indoors, at least more so when it gets dark 4 hours earlier.

But Fall is also about renewal of the craft of photography.  Myriad trade shows, new gear releases, new software releases – everything to tantalize the tastebuds for next season.  I’m less caught up in this than I used to be, but still find some of the new developments fascinating.

The release of the new iPhone models caught my eye this year.  Multiple cameras, amazing algorithms for capturing images in all sorts of conditions, all with a minimal focus (pardon the pun) on pushing buttons and moving sliders to achieve the final look you want.  Apart from the ooohs and ahhhs of playing with a new shiny object, the photography-specific design features of new phone are indicative of a whole new philosophy in photography – that you shouldn’t have to worry about understanding aperture, shutter speed and ISO.  You only need to understand what look you want to achieve and what situation you are in.  Its not just about individual settings to compensate for challenges in the scene – it’s about the scene itself.  I’m in a night scene and I want to clearly show the main subject AND their surroundings.  And the more you play, the more the phone learns from you and applies AI or machine learning to anticipate your needs going forward.

Cameras are moving in this same direction.  I was caught by surprise the other day while reading an ad that not only offered megapixel statistics for a new camera, but also highlighted that the camera had a “quad-core processor”.  Not to help you make better choices about settings, but to be a smarter companion to your shooting and help make decisions for you.

We’ve had a 100 megapixel camera released by Fuji, a new full frame mirrorless line from Panasonic, upgrades from Sony, and an lower pricepoint mirrorless release from Canon already in 2019.  Rumors suggest that full-frame mirrorless options will continue to emerge on every platform, along with new lenses and accessories.  It also seems that we will see a 108MP smartphone start shipping in early November.

Surprisingly, Canon announced its release of an upgraded flagship DSLR, with a new sensor, new processor and new autofocus system.  The release seems to be driven by photography needs for the 2020 Olympics.

New lenses abound, especially for mirrorless mounts, with even a f/0.95 lens released by Nikon.

Just to show that everything old is new again, new film stocks are also being released, along with new papers and accessories for the darkroom.

And lastly, impressive to me, is the wide array of LED based lighting options, from small portable panels to studio quality setups, with colour temperature and brightness adjustments easily made from radio controlled devices connected to the camera, or even from a smartphone. 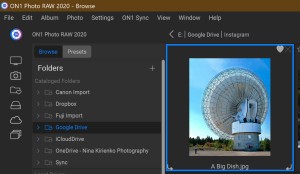 Surrounding all of the gear releases are the new releases of software for photo editing.  Even with subscription options that renew software regularly, we still see major releases from ON1, Luminar and others that motivate purchases in the Fall.

It is getting more and more difficult to keep up with the changes.  Some of us don’t, being perfectly satisfied with the gear and software we already have.  Others like me look but buy less now, making conscious choices about the degree of improvement a product needs to provide before we invest in it.

I’ll still visit the trade show in a couple weeks.  I’ll still enjoy the demonstrations and the sales pitches.  It’s become part of my Fall routine to see what’s out there.  Then I’ll settle down and hibernate for the winter, content that the toys I already have (and maybe one or two more) will get me through another dark and cold season ahead.