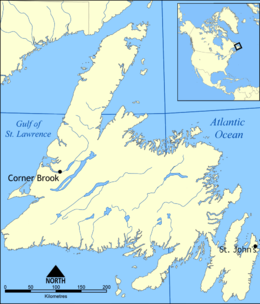 I’ve just returned from a two week trip to Newfoundland.  If you have not been to the east coast of Canada, make a plan to go.  It is an amazing experience – socially, culturally, but also photographically.

It’s my longest trip ever (yes, I lead a sheltered life) and the first time I’ve seen the Atlantic ocean (see what I mean about sheltered?).  I saw and heard a lot, but also learned a lot.  I’ll deal with the latter in this post.

First lesson, of course, was around what photography gear I brought and what gear I used.  As with all other things related to travel, it’s easy to bring way more than you need.  I had an 12kg (26lb) backpack stuffed full of every photo toy I could possibly “need”, ranging from small flash to computer and tablet.  Brought 5 lenses.  Brought 2 tripods – never used the tripods.

I only used 3 of my 5 lenses and only about 1/2 of the contents of my pack.  In fairness, we were travelling to almost every part of the island, and at that time of year, the weather was extremely changeable.  Bright sun would give way to dense fog in a matter of minutes.  Arriving to photograph wide, beautiful landscape vistas would be supplemented by the detail on a lighthouse or in a bird colony or on downtown street or on a fishing boat.  Lenses were switched regularly.  Cleaning supplies came in very handy.  And the volume of photographs we took required many cards, a way to store and back them up, and a way to review captures at the end of the day.

And that’s my next lesson.  Find a way to wander efficiently.  It’s great to plan your daily destinations and to decide how and when to get there.  But I found that I needed more time than we had to really experience a location and appreciate it.  There are a lot of blog posts about not taking your camera out of the bag until you just walk through your site and experience what’s there.  I now know why.  There were also moments where, in transit, I just wanted to stop for a few minutes, get out of the car, or take a side trail on a hike and do a 360 degree turn and just listen, but we didn’t.  Don’t miss that opportunity.  In fact, insist on it when travelling with friends or family.  You have to feed your other senses too while you travel, along with your eyes and camera.

And the other aspect of wandering efficiently is knowing what to carry with you on that daily outing.  No way the 12kg pack was going up every hill.  I typically settled on two lenses maximum, one attached to the camera, the other in a small pouch.  Water and personal items in yet another pouch.  Since it was early spring, batteries and other temperature sensitive items went into the jacket.  Make sure you select clothing with lots of storage.  It definitely comes in handy.

For me, the next big lesson was knowing my physical limits.  Newfoundland is called “the rock” – aptly named for the materials out of which it is built and for its shape.  Lots of cliffs, high vantage points, hills and winding, steep roadways.  We were lucky enough to find access to most destinations within a decent walk from the car.  But I personally had to turn back from two locations I couldn’t climb to, and sent my friends along without me.  I’ve seen one too many stories of people who go beyond their safe limits, and I was glad I had other options to keep me entertained when I reached mine.  It is something to consider when you are an older traveler.

I tried something new on this trip:  gathering video clips along with my still photography.  As mentioned in a previous post, a new trend in photography is pairing still images with video.  This pairing provides context for the shots, stimulates those other senses I mentioned, and breaks the somewhat monotonous effort of looking through many, many photographs.  I now have a sense of what my favourite YouTubers go through each week.  It really is a bit of a ballet to frame up your still shots, then position and switch on your video gear, all while remembering what you wanted to say about your still shots.  The clips are “in the can” as they say.  I look forward to seeing how everything fits together.

A while ago, I posted a look at some options for backing up photographs while travelling.  As it turns out, the option that worked best for me was offloading each day’s shoot to my computer (to be culled and labelled), then backing all of that up to a separate hard drive.  With almost 2400 photographs in total, plus video clips, some daily attention to storage and labeling was definitely required.  Happy to say that I never ran out of card space or had a card fail.  All the locations we stayed in offered unlimited Internet access as well, which provided the option of cloud storage too. 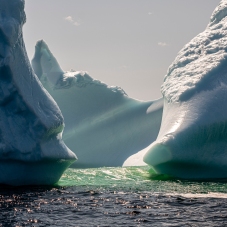 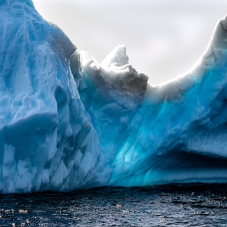 Something I didn’t start until a few days into the trip was keeping a journal.  I soon discovered that little details would start to blend together.  Was that icecream cone-shaped iceberg off St. John’s or Twillingate?  Were those foxes in Gros Morne?  How many moose did we see?  When did I first try that Newfoundland delicacy, cod au gratin?  It adds a richness to your future narrative when you can capture details as they happen.  It’s a great way to spend part of the evening too, recording and sharing stories and memories, as the photos are downloading to whatever backup option you’ve selected.

And I also turned on location tracking on my cellphone to keep track of all the individual places we stopped each day.  Newfoundland is very well connected, but there were definitely more than a few rural stops where no cellphone (and no GPS) access was available.  I was very impressed by Newfoundland’s commitment to infrastructure too.  There was new construction everywhere (which was, yes, sometimes very annoying).  But I was still impressed.  Location tracking was also a safety measure for me, letting family back home know my whereabouts each day.

And the last learning I’ll pass along involves setting priorities before the trip.  I knew I would be dedicating my time to landscapes and to objects on or in these landscapes.  But I wish I had done more to capture the rich culture and heritage of the people of Newfoundland.  We stayed in “bed and breakfasts”, so we definitely got to know the homeowners or their surrogates.  I’ve never been greeted so warmly or openly.  We got all the local news and lots of advice about where to go and what to see.  We met wonderful people along the way, including many retirees who loved their travels to Newfoundland so much that they moved there once retired.  No trip is complete without commemorating the people you meet and their way of life.  Don’t forget to do that along the way.  I’ll just have to go back for more of that.  Yippee!  When can I leave?

2 thoughts on “Lessons Learned from Two Weeks Away”