I suspect we will see a release shortly of Luminar AI, one of the most revolutionary photo editors to emerge in recent years.  There is a special event scheduled for December 10.  So I thought it appropriate to offer a commentary on the controversy surrounding AI in this week’s post.  Controversy, you say?  Read on.

It seems that everyone is weighing in on the move toward more and more machine-powered editing choices, also known as artificial intelligence or AI-based editing.  What surprises me most is the number of commentaries where the writer admits to never having seen the capabilities being criticized, but the mere thought of machine-powered functionality must invariably mean both loss of control for the artist and cookie-cutter results.

I am not in that category.  I have watched with glee and eager anticipation as companies such as Adobe and Skylum and ON1 embed more and more intelligence in their products.  I have concluded early that there is no loss of control at all:  nothing could be further from the truth.

In an excellent article entitled “AI and the Battle for the Future of Photo Editing”, DL Cade explores the nuances and facets of this situation and lays clear what the controversy is and is not about.

But even he misses a key point: I don’t see it as a battle at all. It is a choice, spurred on by technological growth and opportunity arising from other areas of computer science that are becoming available to the artist to use (or not) as they see fit. I suppose it could be argued that as more choice becomes available, the most popular of those choices will indeed drive the direction of editing tools in the future, eventually moving all of us more and more toward contributions from the things that machines do best. But that happens everywhere today.

We already see that capability in our smart phones, where the convenience of functions and the help provided by Siri and Google far outweigh the indignance and loss of control inherent in letting the machine do it for us. Instead of typing in the address we want, we ask for it and our assistants not only find it, but suggest alternative routes and possible stopping points along the way.

We have reminders and schedulers and options for instant or timed connection with our friends; we can share, we can bookmark, we can ask what song is playing. Nobody is suggesting that the best way to do this is to go back to pen and paper organizers and encyclopedias.

We have smart filters and computational photography in our phones too, with treatments and options suggested for our captured memories. Those treatments and options can be used, not used, used in combination or used partially to give each photograph its own unique outcome. There are contests and significant prizes for images created in just this way. 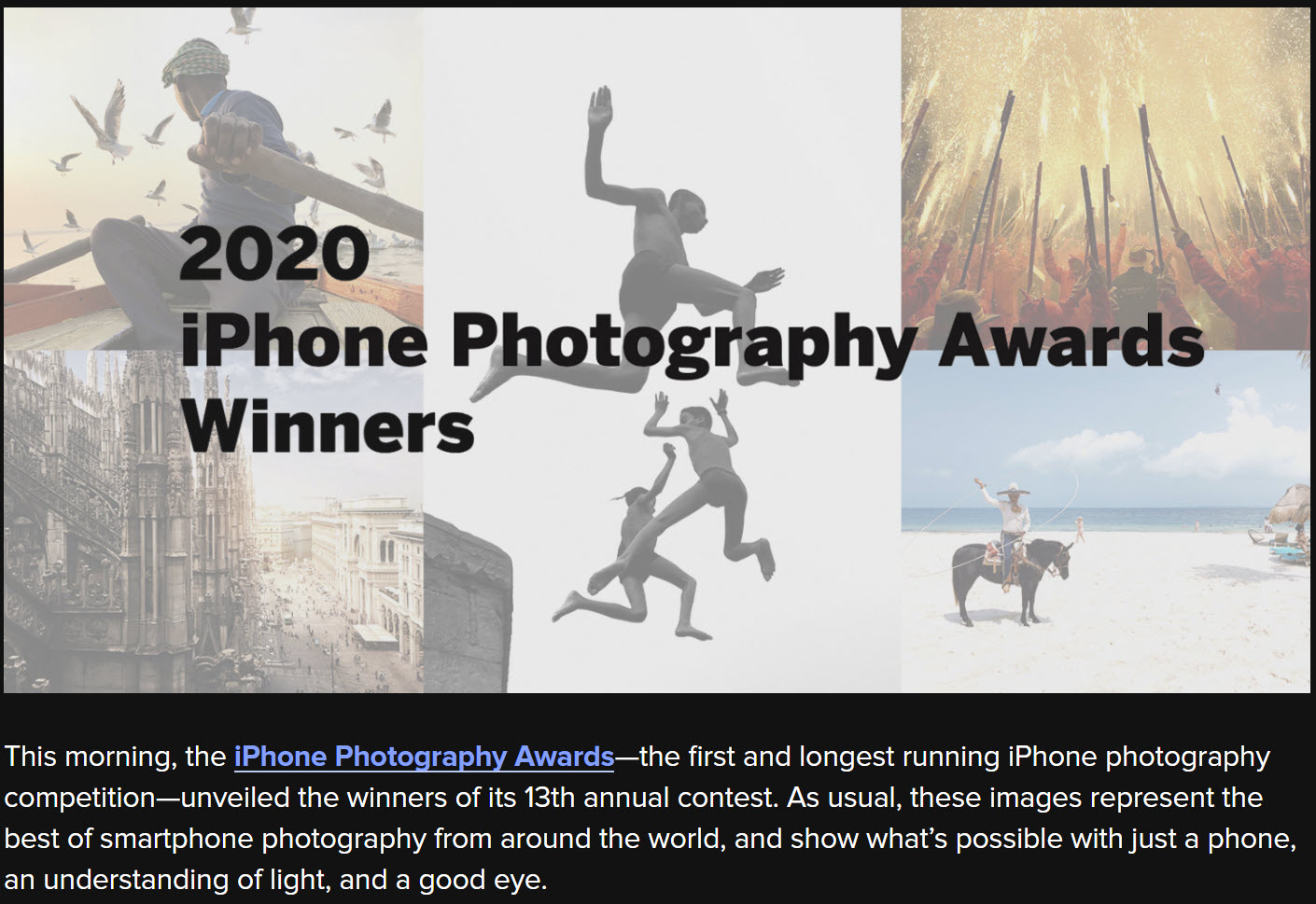 So what is at the heart of the latest controversy in photography? There seem to be four distinct “issues”. Sadly, some commentators lump all of these together, not realizing or acknowledging that much of what we do today is already powered by AI and has been for several years.

First, AI can help with drudge, grunt, repetitive tasks that no photographer enjoys. Second, AI can automate more seamlessly the functions that are awkward today, turning 10 steps into 1. Third, AI can provide a convenient starting point where the obvious flaws in a photograph are addressed automatically. Fourth, AI can offer additional creative suggestions to supplement an artist’s expression or perhaps even learn an artist’s style.

Lets explore all of these. In fact, the first two are not even debatable. We have been on the road to simplifying image editing for years. Everything from the introduction of layers in Photoshop in the early 2000’s all the way through to scripts and actions and smart objects are ALL aimed at reducing the effort of editing and automating the result of that effort. Now, AI-based editing is smart enough to know what a sky is, what an eye is, what a smile is. No need to select them manually anymore. It can even separate fine hair from a busy background, making selections all that much more precise.

The entire philosophy behind tools like Lightroom and similar products is simplification of the editing process, while still providing choice and personal style. Everyone was up in arms when Lightroom first appeared, and vowed they would “never” use it. Now it or similar products are the tools of choice for the majority of serious photographers.

So what is really at the heart of the controversy? It’s the remaining two items: providing a machine-generated starting point for creative edits and, horror of horrors, perhaps one day the edits happen automatically, even replacing the artist’s hand completely.

I’ve mentioned in previous posts that there is a wide range of artistic approaches in the photographers I follow. Some conceptualize even before stepping out to shoot, some find opportunity with the camera, some have well-defined finishes that they apply in post-production, while others play and try out options for each photograph before landing on one that they consider “finished”. Some are quite irritating to follow, as they first adjust the overall look to give dramatic punch, then apply a multitude of additional adjustments all aimed at making that punch more subtle. Personally, I could never figure out why one adjustment they applied was better than the previous one.

Well guess what: all of the AI starting points come from exactly the same processes; machine intelligence informed by actual artists. These machines study thousands upon thousands of examples, then offer suggestions based on a best match to the current situation. And as you accept or reject these choices, the machine continues to learn, becoming as valuable as any trusted assistant. It literally becomes part of your team.

The key point is that you accept or reject these choices. You still have full control. You can abandon assistance completely and go back to moving sliders one by one. You can override a finished look by moving sliders one by one. You can overlay one set of choices on another. In some ways, you have so much more creative freedom than you ever had before, since you are no longer limited to your own knowledge, but can draw on the knowledge of your assistant as well. And who of us is not better off by collaborating with others?

The most radical of these tools, Skylum’s Luminar AI, will be released in the next few days. And that, of course, means the world is coming to an end. Well, maybe that’s a bit dramatic. 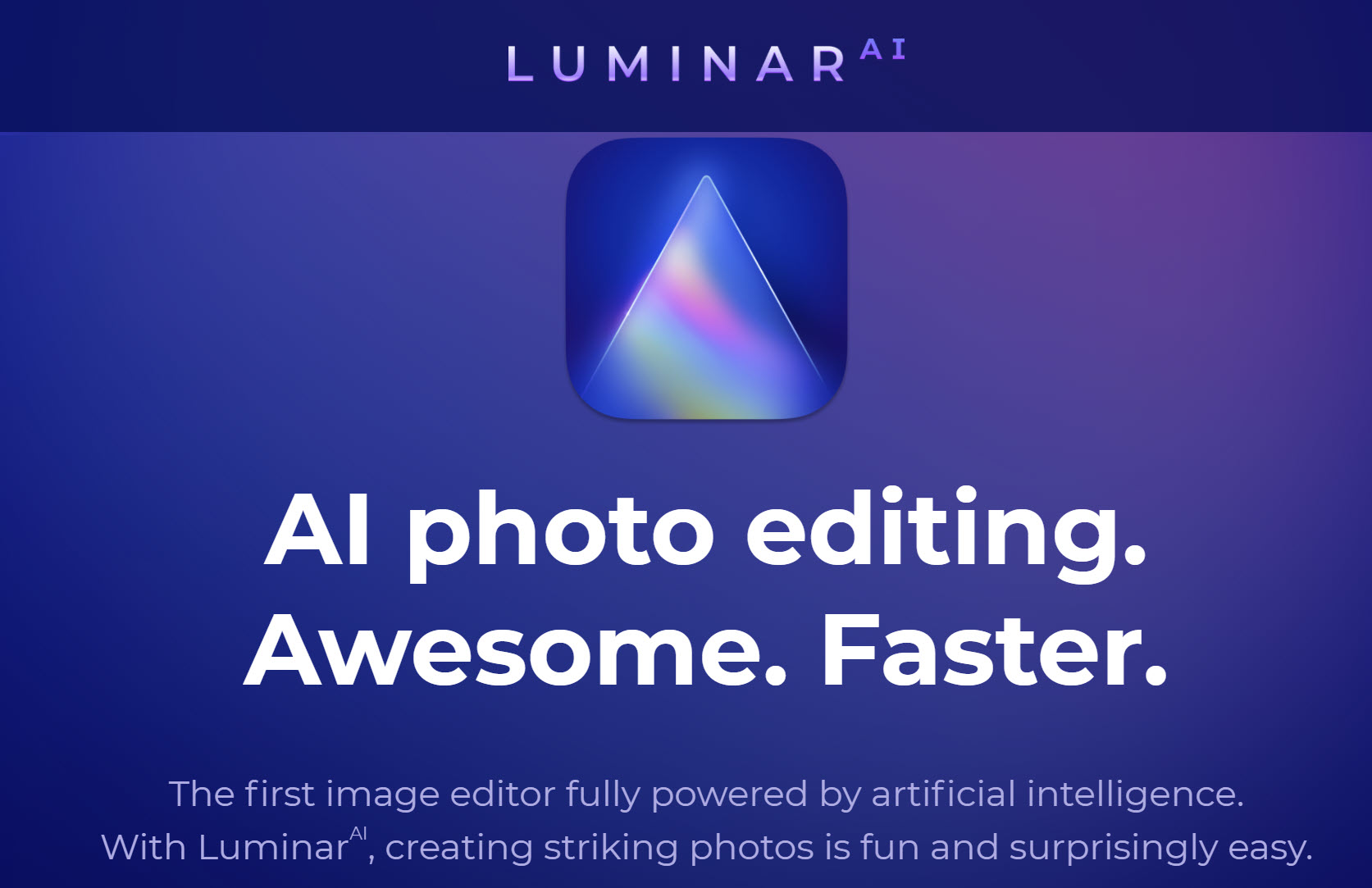 It is billed as an image editor fully powered by AI. A huge risk, but one that I think a lot of people are ready to take. But to assuage fears about AI, those that have demonstrated Luminar AI quickly and first label it as a tool to help with the drudgery of image editing. Not the creativity of it, but the drudgery. Baby steps I guess just to build a base of support.

I have owned all versions of this product and look forward to this one too. It already is a game-changer. In this age of Covid-19, it’s nice to have an assistant that is so immediately available and so readily helpful.